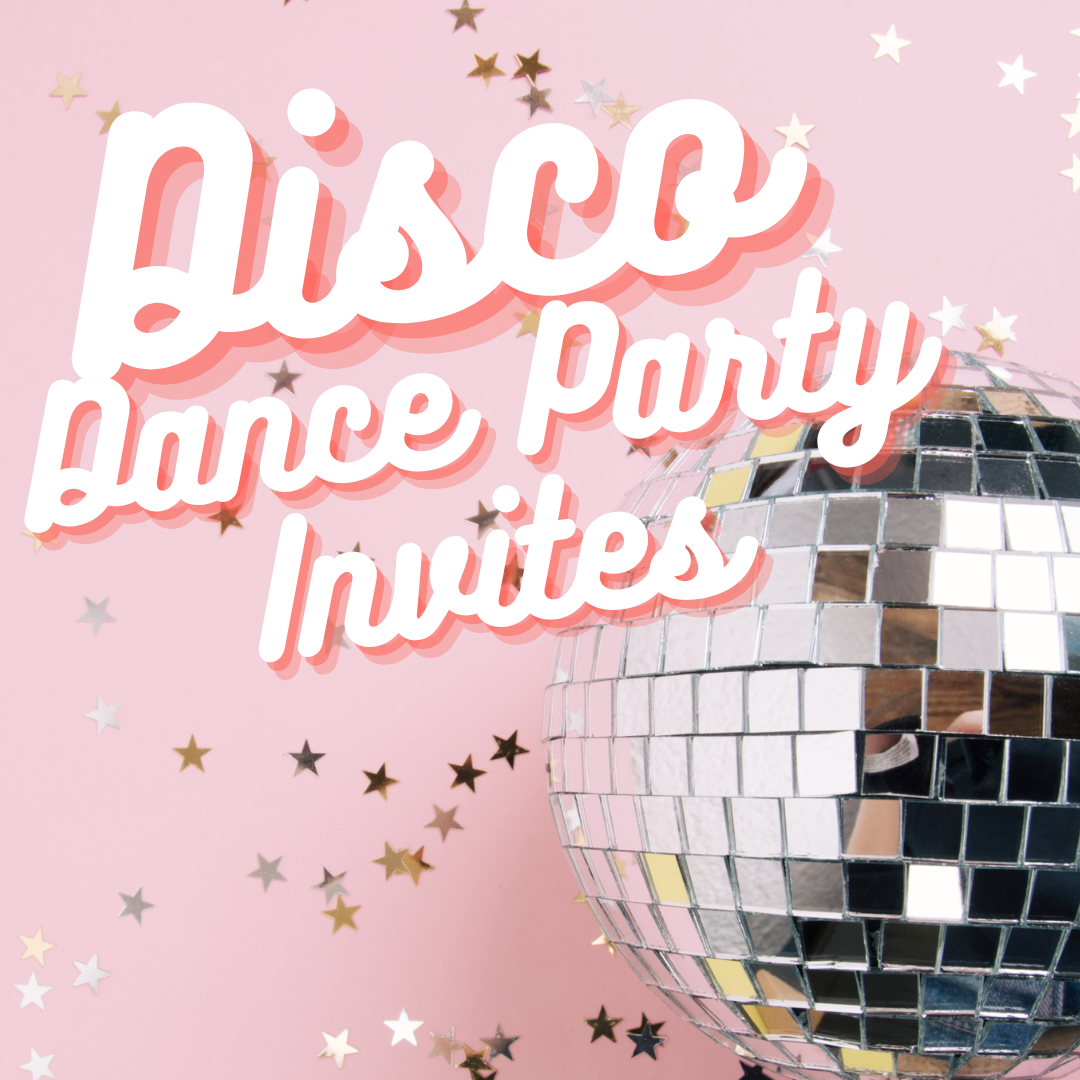 Custom & Personalized
All of the following invites have been created by the groovy artists who keep shop at Zazzle.  We've featured several of our favorite designs here for your convenience but you can see them all by visiting:  Disco Dance Party Invitations.
Retro Invites is an affiliate site which means that if you make a purchase after clicking on one of our links we will receive a
small royalty.  This will never cost you anything extra.  We appreciate your support!  Read our full disclosure HERE. ​​
SEE WHAT'S ON SALE AT ZAZZLE TODAY

Let's face it.  It can't be a real 1970's disco party without a mirror ball!
​Each of the following invites features it's own disco ball.  Some of them are even round!
​Popular Disco Dances of the 70's

​Be sure to have the music on hand that goes with these classic 1970's dance moves.

Whether you choose to go with the bright colored lights or the more subtle seventies classic colors, you won't go wrong with one of the following invites.

A Disco party is especially fun to have when celebrating someone's birthday.  The following invites are all Disco birthday party invitations.  Best of all, since everyone loves to dance, you can have a Disco theme party for people of any age, including children!

SEE ALL OF THE DISCO DANCE PARTY INVITATIONS AT ZAZZLE

​At 100 Greatest Disco Songs the first song listed is I will Survive by Gloria Gaynor. followed by Le Freak by Chic, and Stayin' Alive by the Bee Gees.  The last song listed is Lady by The Commodores.

Visit the site to see the rest so you can plan the perfect play list.

Not just for birthdays, you can have a Disco party for any happy occasion including, wedding anniversaries, bridal showers, baby showers, bachelor and bachelorette parties.

SEE ALL OF THE DISCO DANCE PARTY INVITATIONS AT ZAZZLE

​You might also like:
1970's Party Invitations - See more of our hand-picked favorite invitations for a 1970's theme party.
​Disco Dance Clothes and Costumes

Don't forget!  You'll need something sparkly to wear!  Amazon has you covered for Disco Costumes to wear at your party and then again on Halloween.
​​Affiliate Disclosure: As a Zazzle and  Amazon Associate I earn from qualifying purchases.  Full Disclosure Here